Building your team-do you have the proper ingredients and recipe?

Teams-we all hear about them, participate in them, live with them and die with them.  We almost cannot function unless we are part of a team.  With all of this work done in teams, I still scratch my head when I see how little people do to help make their teams successful.

Many of these same items go into forming and making a team successful.  Let’s review a few key items about teams from my personal experience and also from some trusted, well-known resources I use frequently (you might use these resources too).

Bruce Tuckman has one of the best-known models of team formation.  I wish I had a dollar for every time I studied this model and also used this model in my work.  The Tuckman model is as follows:

The Tuckman model is great for team behavior, but the definition of teams from “The Wisdom of Teams” by Katzenbach and Smith is also great to know.  Here is that definition:

“A team is a small number of people with complementary skills, committed to a common purpose, performance goals, and approach for which they hold themselves mutually accountable.”

Such a simple, yet powerful, definition.  Let’s break this down just a little for today. 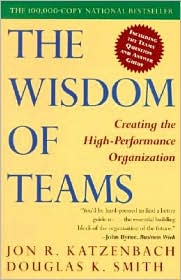 Today’s primer is just the beginning on a series I am writing on teams.  We have gone over a brief review of two of the key items to keep in mind in building your team.  In my next post we will discuss some of the tactics you can use within these guidelines that will help your team get to where they need to be.