This topic of honesty, integrity and the workplace seems to be striking a chord and I wanted to share a number of comments that have come to the Columbus Dispatch, a newspaper from Columbus, OH, the home of Ohio State.

I find the responses fascinating and a great reflection on the world that we live in.

Here are a few excerpts:

Editor: First of all, a lie is not a mistake – it is a conscious act. Second, to think that we would believe he did not know what to do discredits our mental abilities. Third, as a proud alumna and Buckeye fanatic, I am sad and so disappointed that the administration has made one man more important than the reputation of the university.  Since Mr. Tressel does not have the integrity to resign, I would hope the administration and trustees would care enough about

Editor: It’s time to move on to a subject other than Tressel and his error in judgment. Get off his back. He made an error within the rules of the NCAA and is paying the penalty.  Do you have no forgiveness? I recall a person of greatness and a story about casting the first stone if you have not sinned.

So they sold some things – what’s the big deal? Why take it out on Tressel? He’s a good, Christian man and has done a good job with his team

Sir: The NCAA has rules, right or wrong, in place that Coach Tressel should have followed. He’s facing the music, and I wish him luck.  What puzzles me is how we accept the way that the NCAA enslaves young athletes. Young men go out each week in the fall to play a game that carries the threat of life-altering, even life-threatening, injury. They generate billions of dollars in revenue and are told that their reward is a free college education, but any other monetary reward will get them suspended.

A great many people see a huge issue with a leader lying or misleading others, but there is a substantial group that finds more harm with the system and uses the flaws there as justification to “let the good times roll.”

I’ll try not to belabor this point too many more days, but it is such a stark reality in how our world now sees right, wrong and the tenants of moral relativism. 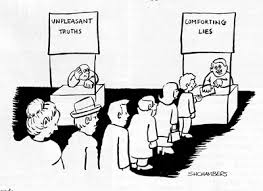 Your thoughts and comments are always appreciated.